As a lifelong Cardinal fan, it would be really easy for me to write about someone other than Albert Pujols. Hearing he signed with the Anaheim Angels was not easy news for me to come to grips with. Even coming off another World Series championship, the news was devastating. But the fact is Albert Pujols has and will be my favorite player as long as he plays.

Where do I begin with my memories of Pujols in a Cardinals uniform?!?! I will never forget watching his first home run as a major league player against the Arizona Diamondbacks. He was a guy that wasn't supposed to make the team out of spring training, but not only did he make the club, he went on to win NL Rookie of the Year. From that first home run to the last one I saw him hit in the World Series this past year, the ball just sounded different coming off his bat. To hear it on TV was one thing, to hear it in person was amazing.

That leads me to my most memorable moment of Albert Pujols. It was Father's Day 3 years ago. The Cardinals were playing the Kansas City Royals at Kauffman Stadium. I was there with my father and older brother. Pujols delivered a game that I will always remember. He hit 2 home runs (one of which was a mammoth grand slam), drove in 6 runs, and helped Tony LaRussa get his 2,500th career win as a manager. My brother summed it up best, saying that as a Pujols fan, you couldn't have asked for a better game to watch. It was a perfect Father's Day gift. 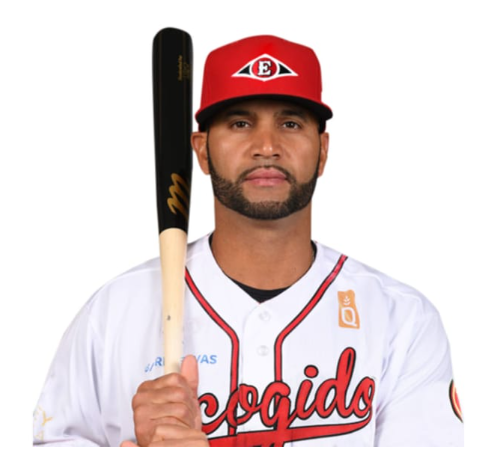