Baseball stadiums have housed some of the greatest teams and moments in the history of sports.  From domes to retractable roofs, new facilities to old parks, the unique nature of baseball's playing fields continues to be an aspect of the game that sets it apart.

Revisit old baseball stadiums of the past, where the legends roamed, and learn about some fields you may never have heard of before.

Or take a tour through today's majestic ballparks that play host to the stars of today. 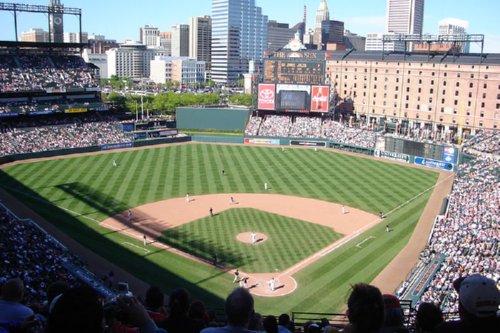 Camden Yards opened in 1992 and set the standard for new, more intimate, fan-friendly stadiums.  The B&O Warehouse beyond the right field seats provides a welcome, but challenging, target for left-handed sluggers around the league. 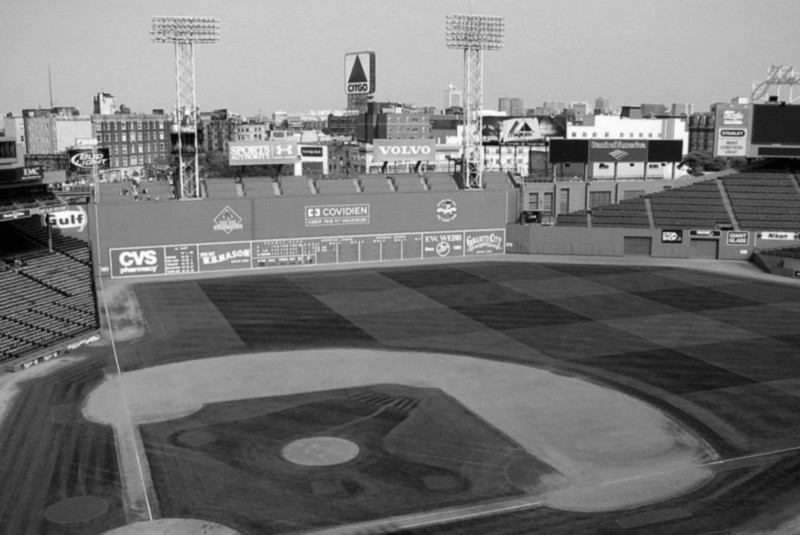 Of all the baseball stadiums in the major leagues, Fenway Park stands as the oldest.  Since 1912 hitters have been taking aim at the famous Green Monster in left field, which saw seats added to the top in 2003. 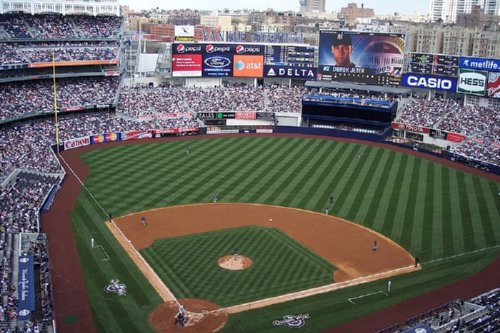 In 2009 the New York Yankees moved out of the historic Yankee Stadium and across the street to the new Yankee Stadium.  The Yankees promptly initiated their new home with a World Series championship. 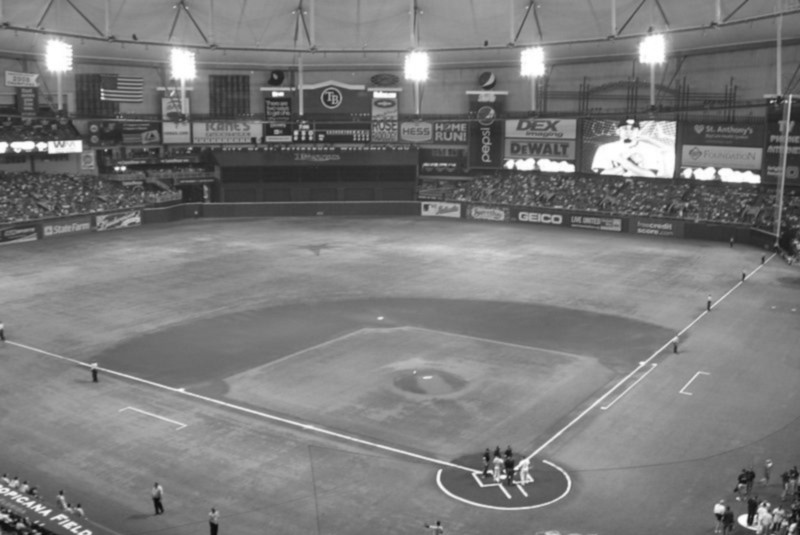 Tropicana Field remains the last of the "domed" stadiums in the major leagues.  After opening as the Florida Suncoast Dome in 1990, it took years of trying to lure a baseball team to the area before the expansion Tampa Bay Devils Rays finally took the field in 1998. 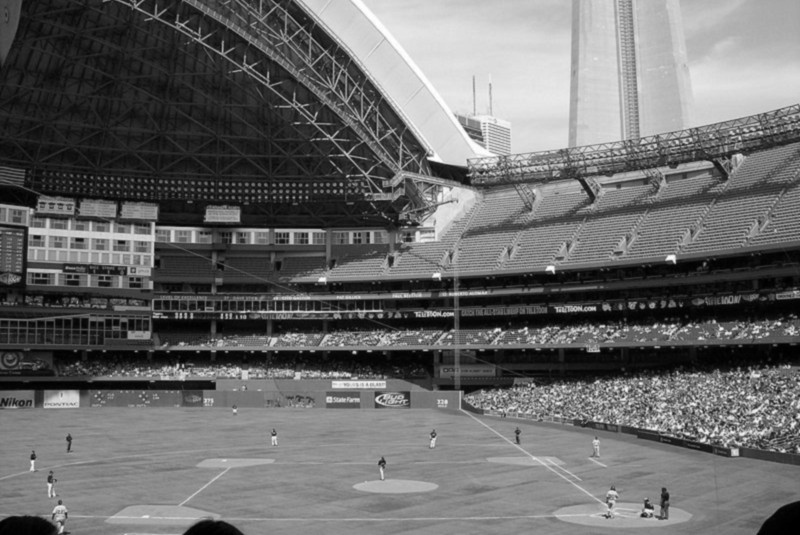 Originally named the SkyDome when it opened in 1989, the Rogers Centre was the first stadium with a retractable roof, allowing games to be played regardless of the weather.  Joe Carter ended the World Series with a home run here in 1993. 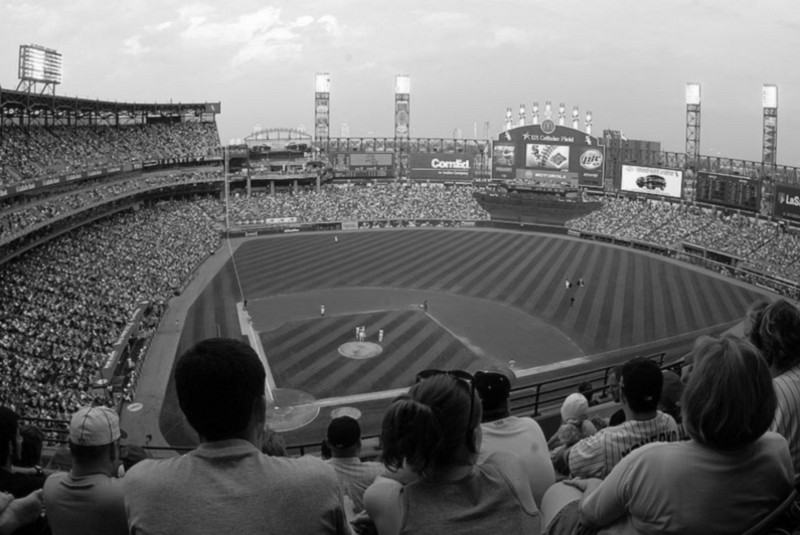 Originally named after its historic predecessor, Comiskey Park, this ballpark on the south side of Chicago opened in 1991.  It has since undergone several renovations and updates and continues to sport a replica of the famous "exploding" scoreboard. 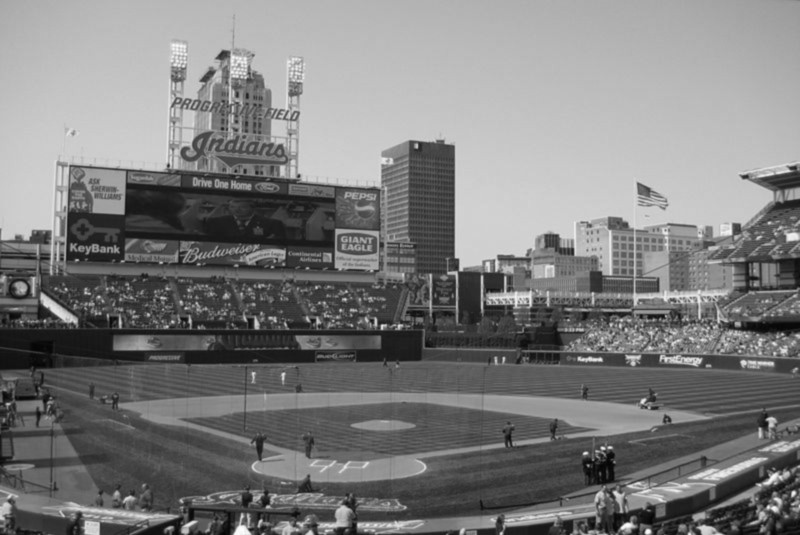 Originally named Jacobs Field when it opened in 1994, Progressive Field replaced the "Mistake by the Lake" that was Municipal Stadium.  Its steel design and reflection of the city's downtown character make it one of the more classic baseball stadiums around the league. 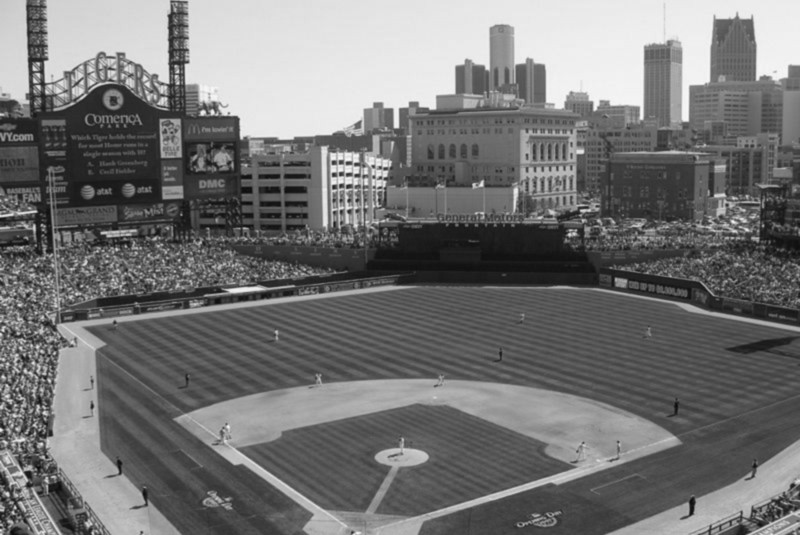 Comerica Park replaced the legendary Tiger Stadium in 2000, bringing with it many of the "new park" amenities, including fireworks and a Ferris wheel.  Its great downtown location provides a fantastic view of the city's dynamic skyline. 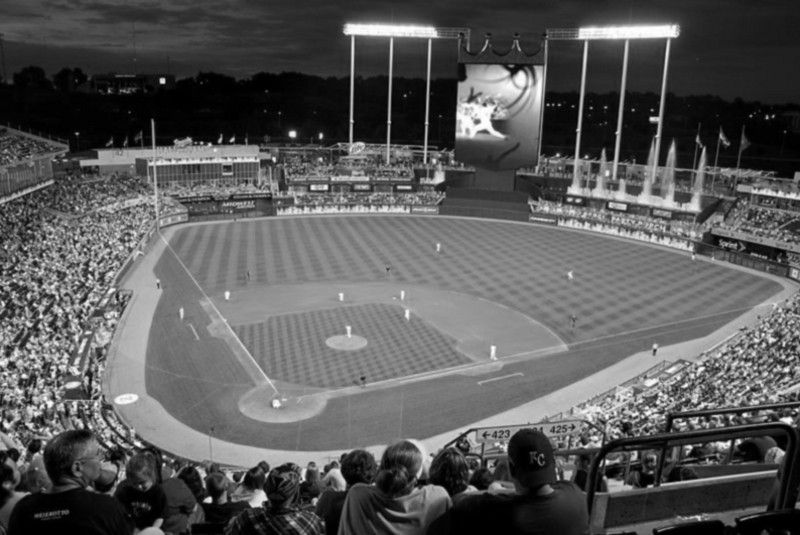 When it opened in 1973, then Royals Stadium was a design marvel with its 12-story scoreboard and outfield water fountains.  Since renamed after late owner Ewing Kauffman, it remains one of baseball's most beautiful ballparks, with recent renovations highlighted by the 2nd-largest high-definition scoreboard in North America. 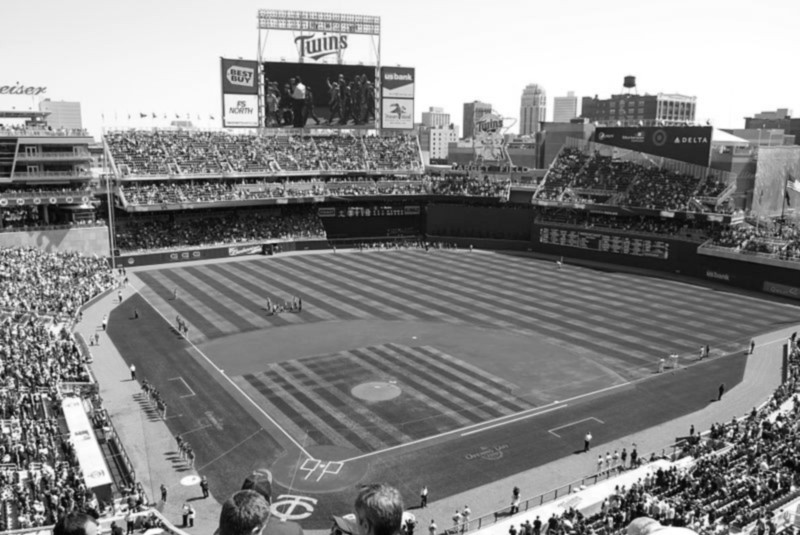 The new home of the Twins, built in 2010 in downtown Minneapolis, has allowed the team to move back outdoors after spending nearly 30 years inside the Metrodome.  This is another ballpark that has a great view of its city's downtown skyline. 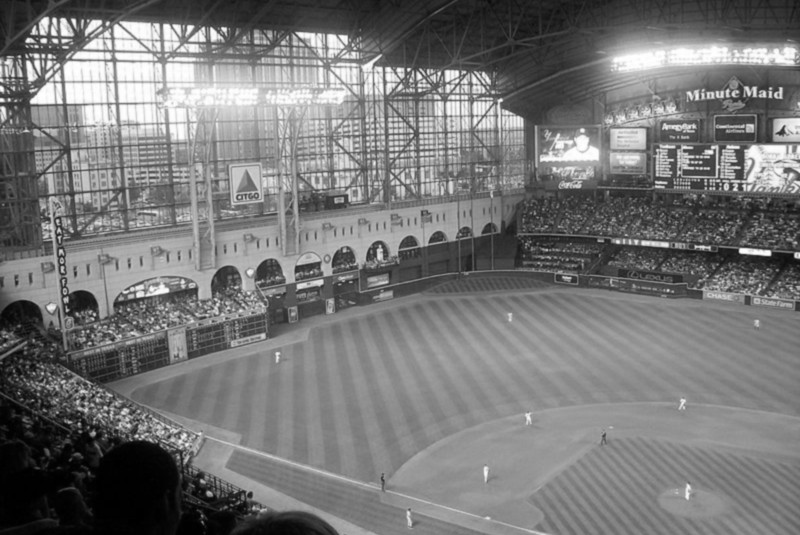 The Astros new home since 2000 has easily been able to replace the "Eighth Wonder of the World", not to mention getting beyond its original name, Enron Field.  Unique characteristics such as Tal's Hill in center field and the steam locomotive that runs along the left field wall make it one of the finest baseball stadiums in the major leagues. 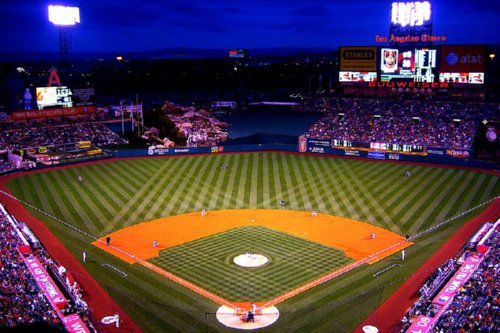 Angel Stadium has undergone many changes since opening in 1966 after hosting the NFL's Los Angeles Rams from 1979 through 1994 and suffering earthquake damage in 1994.  The "California Spectacular" in left-center field features erupting geysers and flowing streams. 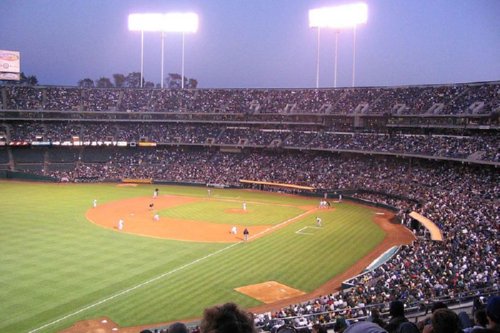 The recently renamed (again) O.co Coliseum has since the 1960's been home not only to baseball's Athletics but also the NFL's Oakland Raiders.  To keep fans closer to the action in the large 3-tier stadium the upper deck is closed off during baseball season. 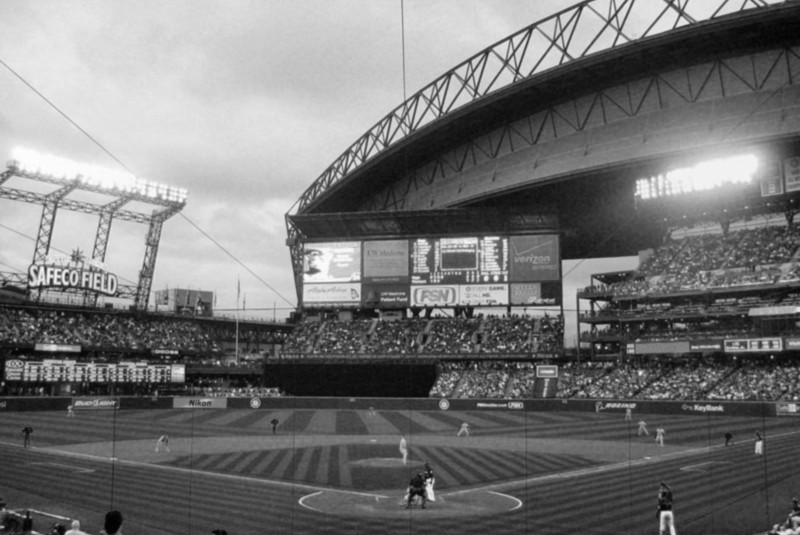 Safeco Field is another stadium that houses both a major league baseball team and an NFL team (Seattle Seahawks).  To deal with Seattle's rainy weather the stadium features a retractable roof that covers, but doesn't enclose, the field. 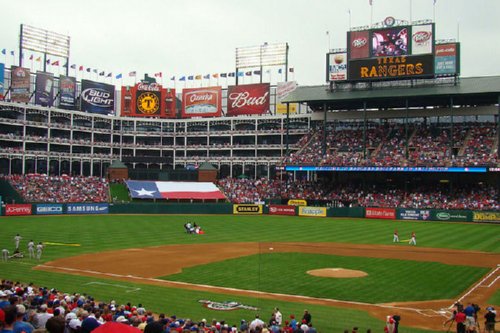 The home of the Rangers since 1994 is also one of the great throwback baseball stadiums around the major leagues.  After walking through the classic red brick arches into the stadium fans can also sit in the home run porch beyond the right field wall. 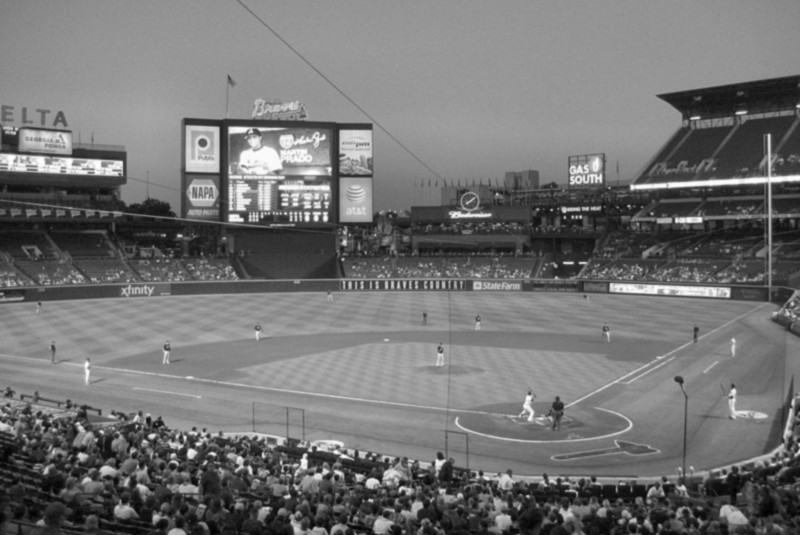 Before becoming the home of the Braves, Turner Field first served as host to the 1996 Olympics games.  The ballpark honors the team's greats with the Braves Hall of Fame and Monument Grove plaza. 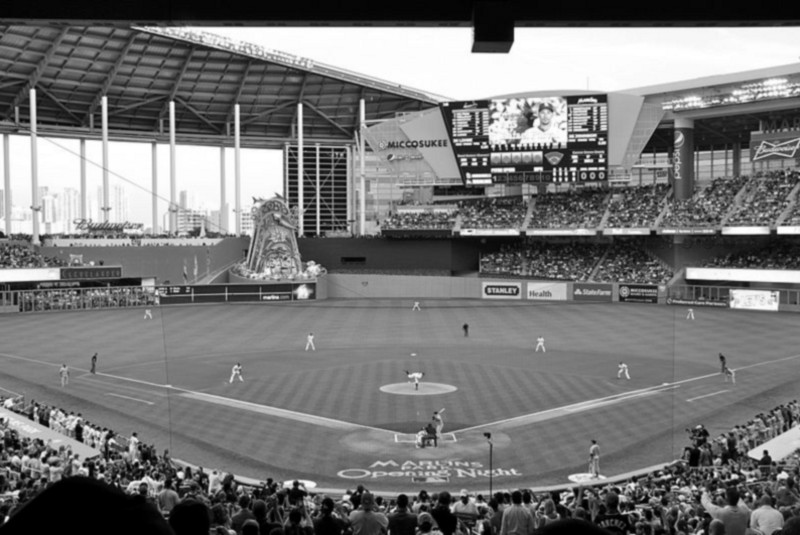 The new Marlins Park is located in downtown Miami on the former site of the Orange Bowl.  It allows the team to move out of Sun Life Stadium, the football stadium that has hosted the team since its first season. 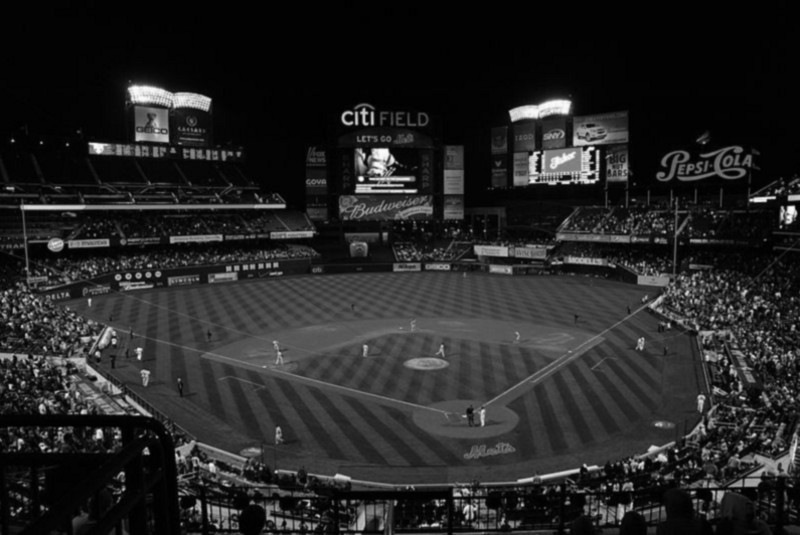 Citi Field from the outside looks a lot like the famous Ebbets Field with its arched brick facade, combining old school architecture with new park design and amenities like the "Taste of the City" outfield picnic area. 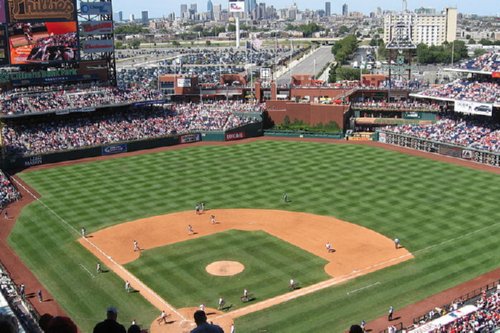 Citizens Bank Park has helped Philly fans forget about the brutal Veterans Stadium with the iconic Liberty Bell home run celebration and tributes to the great players of the franchise in Ashburn Alley. 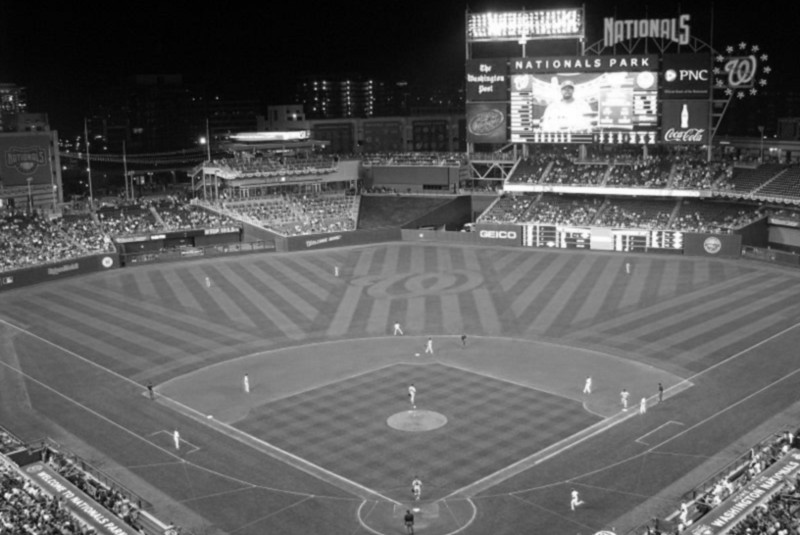 Nationals Park provides a great way to experience our nation's capital, complete with the area's famous cherry trees inside the stadium and beautiful views of the U.S. Capitol Building from the seats in the upper deck. 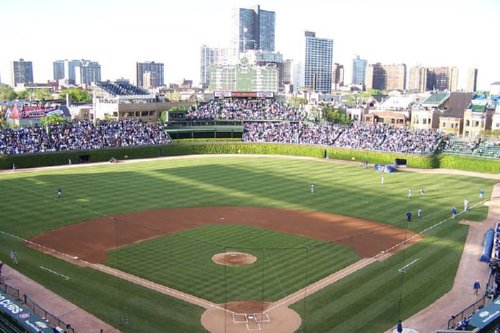 The "Friendly Confines" at Wrigley Field go all the way back to baseball's Federal League in 1914.  Home of the Cubs since 1916, it is one of the most tradition-rich baseball stadiums in history with its ivy-covered brick walls, hand-operated scoreboard, and scrambles on Waveland Avenue for souvenir home run balls. 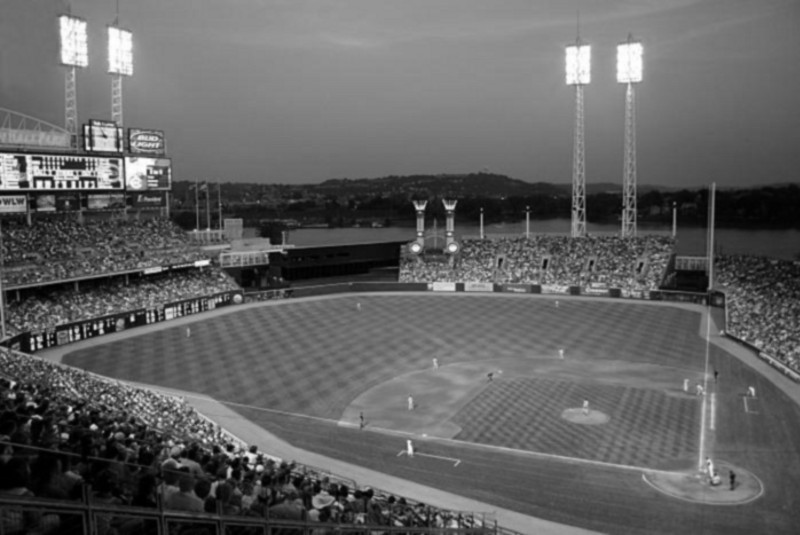 After sharing Riverfront Stadium with the NFL's Cincinnati Bengals since 1970, the Reds were given their own brand new stadium along the riverfront in 2003 that combines old ballpark tradition (replica analog clock) with new ballpark innovations (riverboat party deck beyond center field). 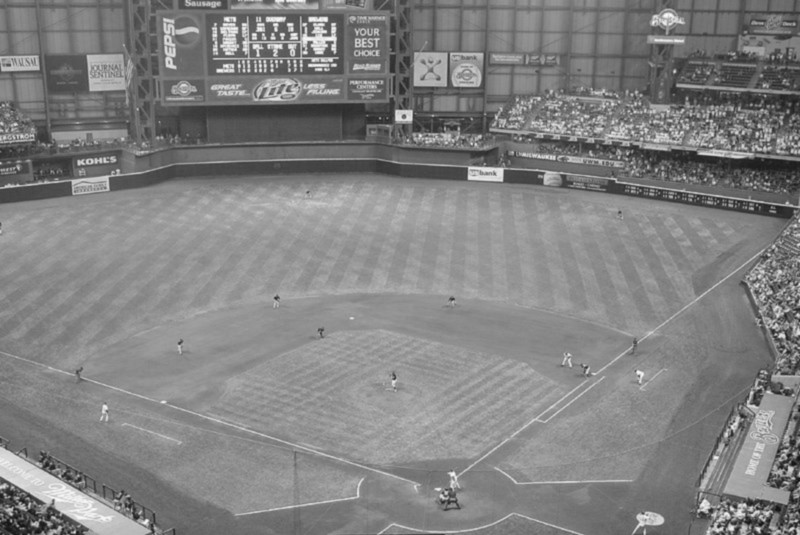 Miller Park has provided Brewers fans with a great ballpark experience since it opened in 2001, with the classic brick archways and clock tower leading them into a stadium with Bernie the Brewer's legendary slide and a huge video board. 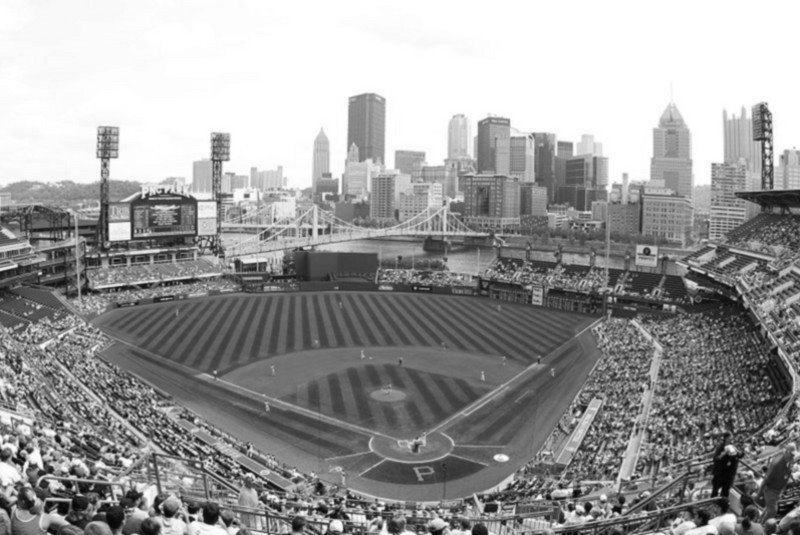 When it opened in 2001, visitors to PNC Park got to experience one of the great downtown views in the major leagues, with the Roberto Clemente Bridge and the Pittsburgh skyline as the stadium's backdrop. 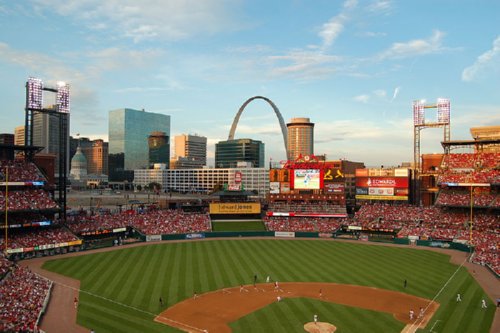 The new Busch Stadium, opened in 2006, provides the same breathtaking views of downtown St. Louis and the Arch as the previous Busch Stadium.  The Cardinals, like the 2009 Yankees, were able to bring home a World Series championship to top off their new ballpark's first season. 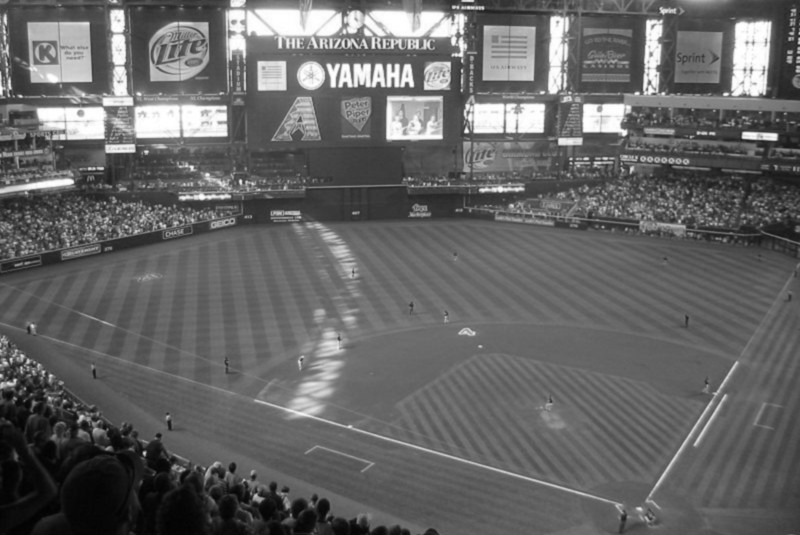 Originally name Bank One Ballpark when it opened for the Diamondbacks' inaugural season of 1998, Chase Field features a giant retractable roof that allows fans to enjoy baseball in an air conditioned environment during the blazing Arizona summers. 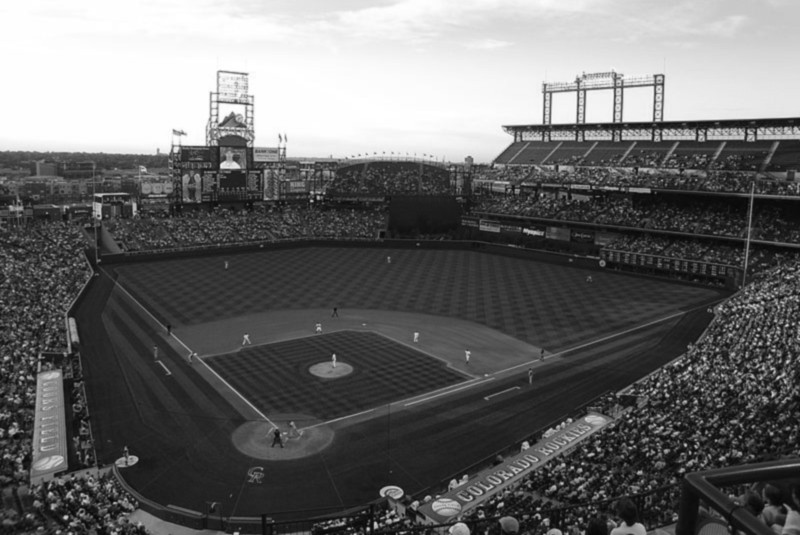 Sitting at an elevation of 5,200 feet, Coors Field has been a best friend to National League hitters since it opened in 1995.  It even has a row of seats colored purple throughout the upper deck to mark one mile above sea level.  Talk about the nose bleed section! 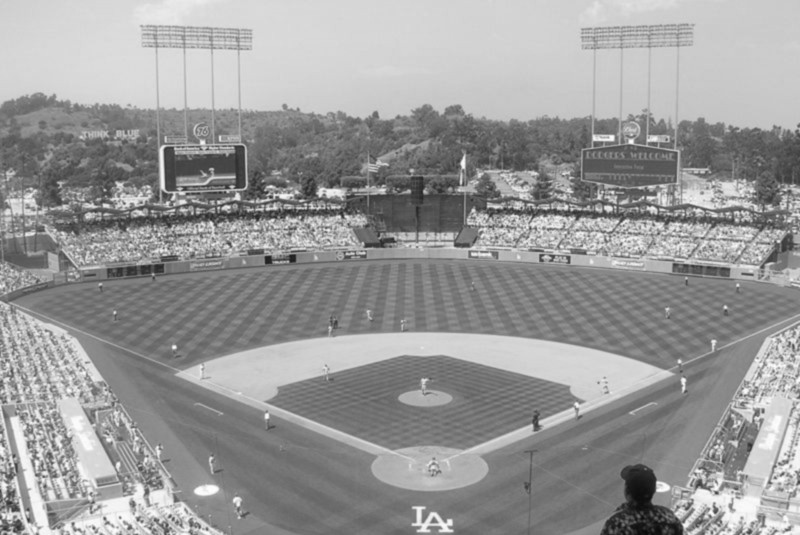 Dodger Stadium has been home to the Los Angeles Dodgers since 1962, yet it continues to provide fans with a great baseball experience that will only get better once the team's financial position stabilizes and planned renovations are able to be executed. 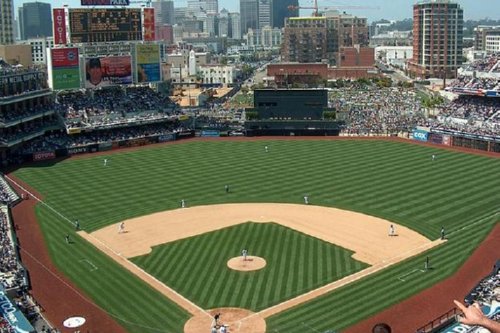 In 2004 the Padres were able to move out of Jack Murphy Stadium, which they shared with the NFL's San Diego Chargers, and into this modern ballpark that is highlighted by an amazing view of downtown San Diego, internet access in some seats, and a "Park at the Park" grass area beyond the center field wall. 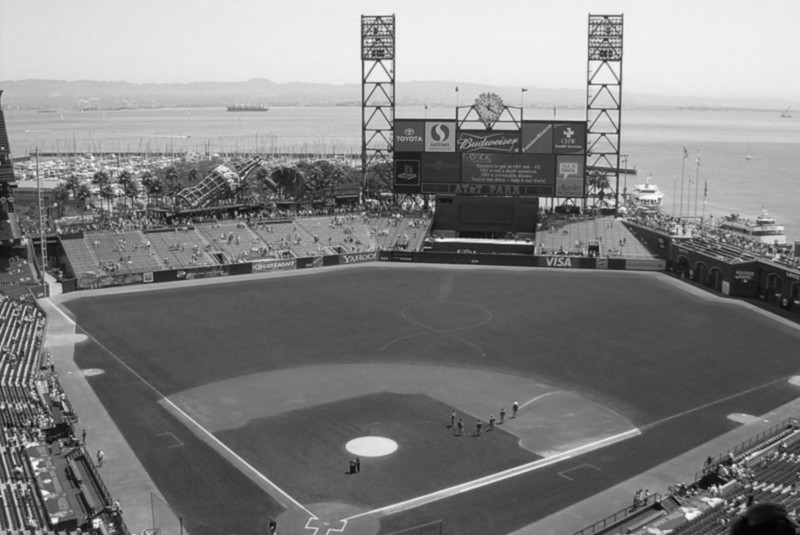 AT&T Park is another stadium that takes great advantage of its city's landscape, overlooking San Francisco Bay and watching home runs soar into McCovey Cove beyond the right field seats.

Field dimensions, restaurants, scoreboards and location all provide opportunities for teams and cities to showcase the characteristics that set their franchise apart from the others.

So it's clear that one of the aspects of baseball that has helped it endure as our national pastime is the unique qualities of each of the baseball stadiums that major league teams have called home.