If you think umpire quotes are limited to 'strike' and 'ball' or 'safe' and 'out,' think again.  The lawmen of the diamond have had a lot to say about our national pastime.

They have handled it all.

This is the game of baseball from their perspective.  So enjoy some classic umpire quotes.

"I can truthfully say that I never did like umpiring.  I stayed with it because I had to eat."
- Lee Ballanfant

"They can holler at the uniform all they want, but when they start hollering at the man wearing the uniform, they're going to be in trouble."
- Joe Brinkman

"I refuse to call a 52-year-old man, Sparky."
- Al Clark, on always referring to the Tigers manager by his first name, "George"

"I demand respect on the field from managers and players.  To me, that's 75 percent of umpiring.  The real test of a big league umpire is whether he can take control and run the ball game."
- Jocko Conlan

"Maybe I called it wrong, but it's official."
- Tommy Connolly

"The best thing about umpiring is seeing the best in baseball every day.  The cardinal rule of umpiring is to follow the ball wherever it goes.  Well, if you watch the ball, you can't help seeing somebody make a great catch...That's what makes umpiring so much fun."
- Shag Crawford

"I'm only one man to your thousand, but if you don't think I can protect myself just pitch in and give it a trial."
- Robert Ferguson, grabbing a bat as an angry mob of fans threatened him

"I occasionally get birthday cards from fans.  But it's often the same message: they hope it's my last."
- Al Forman

"The long, drawn out games are a peeve with the fans, sportswriters, and umpires.  Do not forget we have to stand out there all the time.  We don't go into a dugout and sit every half inning like the players."
- Larry Goetz

"Any time I got those 'bang-bang' plays at first base, I called 'em out.  It made the game shorter."
- Tom Gorman

"The bigger the guy, the less he argues.  You never heard a word out of Stan Musial or Willie Mays or Roberto Clemente.  They never tried to make you look bad."
- Tom Gorman

"Watch umpires behind Tony Pena sometimes--you'll see time-out called a lot, and the umps walking away just to clear the air."
- Eric Gregg

"An umpire doesn't eject a manager or player, they eject themselves.  They know exactly what they can say and who they can say it to.  So when somebody is thrown out, he has either completely lost control, or he intended to be run."
- Eric Gregg

"That's what it means to be an umpire.  You have to be honest even when it hurts."
- Doug Harvey

"He plays the bag like he came down from a higher league."
- Ed Hurley, on Brooks Robinson

"The pay is good, it keeps you out in the fresh air and sunshine, and you can't beat the hours."
- Tim Hurst

"If you're no an extrovert and you're not at least 5-feet 10-inches tall, you probably won't make it.  Most ballplayers figure they can intimidate any small man and they act that way.  If he doesn't put them down early and gain their respect right away, he's gone."
- Bill Kinnamon

"Lou Piniella only argues on days ending with the letter 'y.'"
- Ron Luciano

"He's so slow that you could take sequence photos of him with a Polaroid camera."
- Ron Luciano, on John Mayberry

"One reason I never called balks is that I never understood the rule."
- Ron Luciano

"Any umpire who claims he has never missed a play is...well, an umpire."
- Ron Luciano

"A lot of calls are guesses.  They have to be...So you make the call and hope they don't show you up on the instant replay."
- Ron Luciano

"Umpires heaven is a place where he works third base every game.  Home is where the heartache is."
- Ron Luciano

"Throwing people out of a game is like learning to ride a bicycle--once you get the hang of it, it can be a lot of fun."
- Ron Luciano, with one of the funniest umpire quotes

"Fans and players boo and abuse umpires, but there isn't one umpire in the history of baseball who has ever been proved guilty of being dishonest.  I'm very proud to have been an umpire."
- George Pipgras

"If the Pope was an umpire he'd still have trouble with the Catholics."
- John "Beans" Reardon

"You've had a great night if they're not waiting for you after the game with tar and feathers."
- Rocky Roe

"All umpires ought to tip their hats whenever Ban Johnson's name is mentioned."
- Clarence "Pants" Rowland, on the American League president who was very supportive of umpires during his tenure

"It's the only occupation where a man has to be perfect the first day on the job and then improve over the years."
- Ed Runge, with one of the all-time classic umpire quotes

"The worst thing about umpiring is the loneliness.  It's a killer.  Every city is a strange city.  You don't have a home.  Ballplayers are home fifty percent of them, umpires are not."
- Ernie Stewart

"Dark charged out on the field and I was shocked at the language he used.  He suggested there had not been a marriage in my family for three generations."
- Bill Valentine, on throwing Cleveland manager Alvin Dark out of a game

These great umpire quotes reveal a lot about the profession we all love to hate.

They know they make mistakes and don't always understand all the rules.

Many umpire quotes show that they appreciate the great players they see day after day.

But at the end of the day, these umpire quotes tell us that they know what players, managers, and fans all want...a fair game. 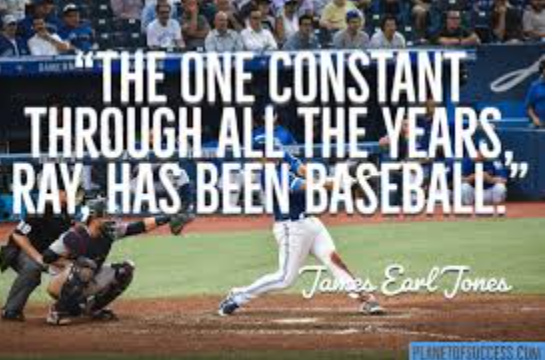