Yogi Berra quotes have become ingrained into our culture.  They reach beyond baseball and into the hearts of every American.

There is likely no one who is quoted more.  And there is absolutely no one who has received credit for more quotes that probably weren't theirs in the first place.

Yogi himself even said, 'I really didn't say everything I said.'

Yogi Berra quotes have a definitive rhythm--a way about them that is almost contradictory and yet makes perfect sense.  Innocent but still blunt.

It's baseball, and life, as he saw it. 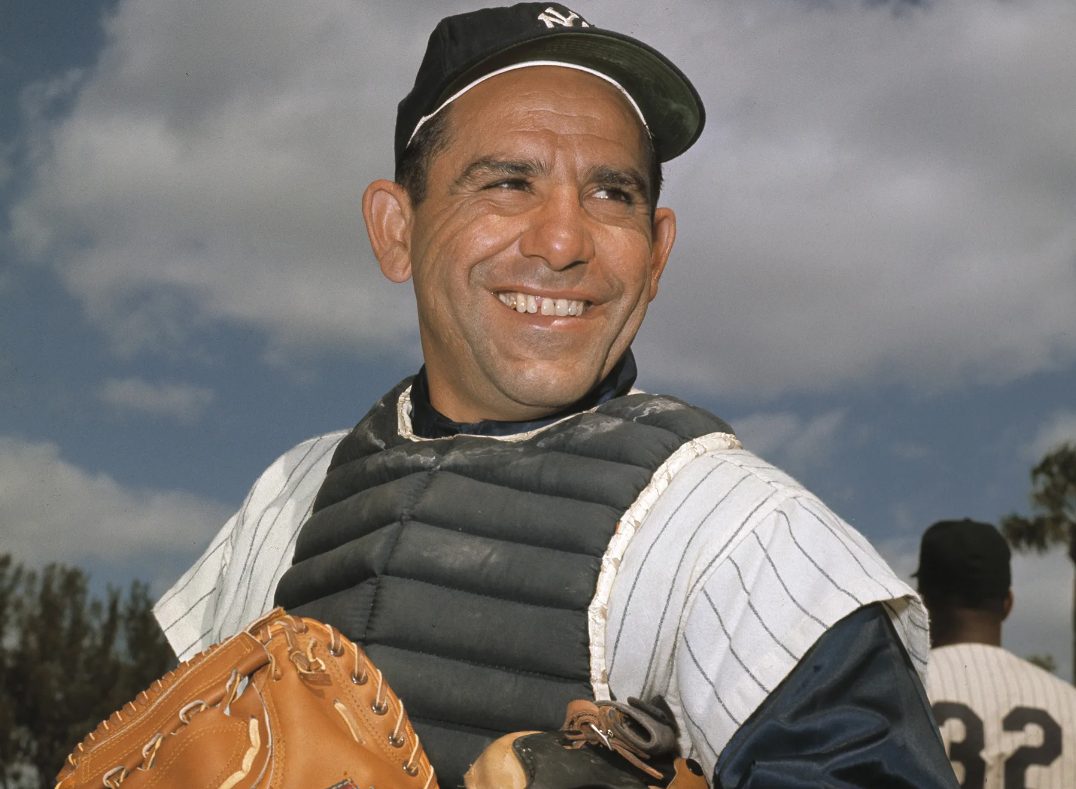 "Baseball is ninety percent mental.  The other half is physical."

"Ninety percent of this game is half mental."

"It ain't over 'til it's over."
- on the 1973 pennant race, probably the most famous of the Yogi Berra quotes

"If you come to a fork in the road, take it."
- he isn't sure he actually said this, but he is regularly given credit for it in graduation speeches

"It's so crowded nobody goes there anymore."
- on Toots Shor's restaurant

"It gets late early out there."
- on the difficult left field sun at Yankee Stadium

"So I'm ugly.  So what?  I never saw anyone hit with his face."
- on his less-than-stellar looks

"I always thought the record would stand until it was broken."
- from a publicity stunt letter sent to Johnny Bench after he broke Berra's all-time home run record for catchers

"You've got to be careful if you don't know where you're going, because you might not get there."

"All pitchers are liars and crybabies."

"Baseball is the champ of them all.  Like somebody said, the pay is good and the hours are short."

"We have deep depth."

"If the fellow who lost it was poor, I'd return it."
- what he would do if he found a million dollars

"A nickel ain't worth a dime anymore."

"If the world were perfect, it wouldn't be."

"It ain't like football.  You can't make up no trick plays."

"The other teams could make trouble for us if they win."

"He is a big clog in their machine."
- on Ted Williams

"If the people don't want to come out to the park, nobody's going to stop them."

"You can't win all of the time.  There are guys out there who are better than you."

"We're not exactly hitting the ball off the cover."

"We made too many wrong mistakes."
- why the Yankees lost the 1960 World Series to the Pirates

"I wish I had an answer to that because I'm getting tired of answering that question."

"I usually take a two-hour nap, from one o'clock to four."
- it's a shame he loses an hour every afternoon

"He must have made that before he died."
- referring to a Steve McQueen movie

"I don't know if we're the oldest battery, but we're certainly the ugliest."
- catching for Warren Spahn

His Yogi-isms will live on as each generation continues to take the proverbial fork in the road.